“Life can’t be all that bad,’ i’d think from time to time. ‘Whatever happens, i can always take a long walk along the Bosphorus.”

Istanbul is where the Black sea meets the Mediterranean, Europe meets Asia, and ancient history is surrounded by modernity. The city, which combines high-tech and luxury of the modern world with ancient oriental traditions, has over 3000 monuments of cultural and architectural heritage and is known for its never-ending nightlife.

Devoted travelers love to repeat: who did not see Istanbul, he did not see Asia. The former capital of Turkey is a real gem where east and west cultures are closely intertwined. It is not surprising, because starting from its foundation in VII century BC this city managed to be the center of three empires – Roman, Byzantine and Ottoman.Despite its connection to the past, Istanbul is experiencing a sort of 21st-century Golden Age. The economy is stable and quickly growing, luring in an array of investors and expatriates, the arts scene is booming with Turkish art gaining worldwide prestige and new gallery spaces are popping up every other week. As for Istanbul’s cuisine – while still quite Turkish and traditional, is also beginning to see more experimentation, fusion and progression. All of this combines to make this city a fascinating travel destination that will appeal to just about anyone.

Fascinating, compelling, more than slightly chaotic – Istanbul is one of Europe’s great cities, as well as its largest. With a hotel scene as wildly varied as the city’s sights and districts, it can be tough to pin down where to base yourself among the huge collection of boutiques, luxury and imaginatively converted hotels. 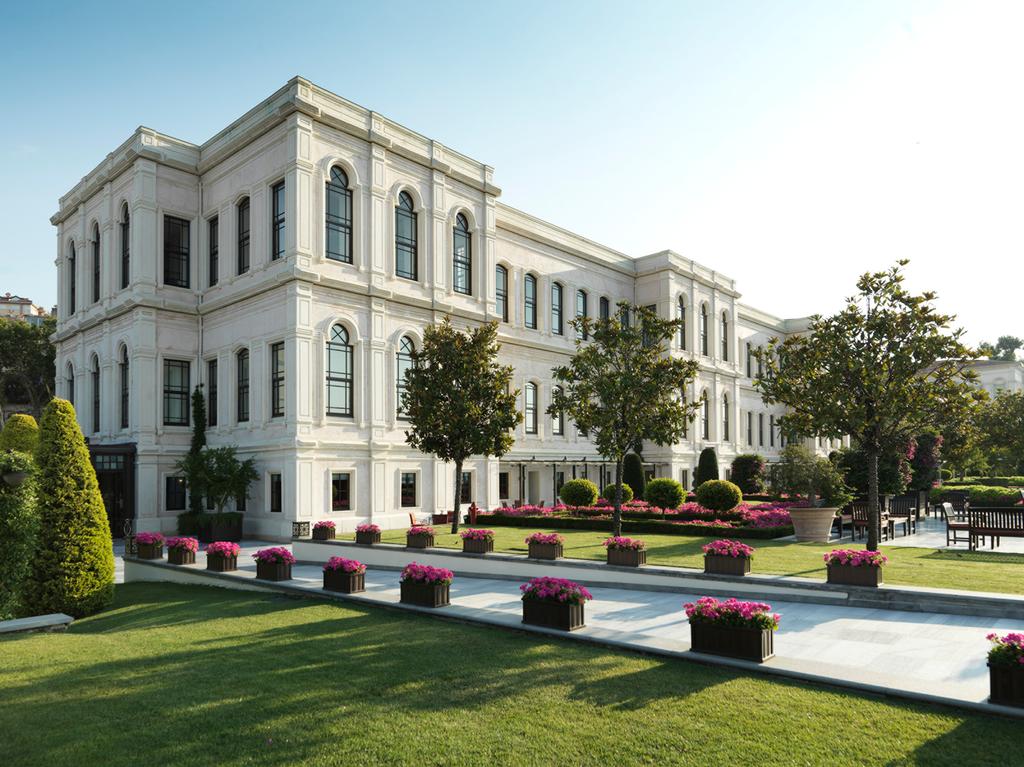 This hotel was transformed from a 19th-century palace to one of the most luxurious places you can stay when vacationing in Istanbul. It is located in Bosphorus, one of the best neighborhoods in the city. This location allows visitors to watch the romantic sunset from a waterfront position. The hotel has 170 guest rooms, and these include 25 suites. The entire building features ancient Ottoman architecture, and the decorations are also inspired by contemporary designs. 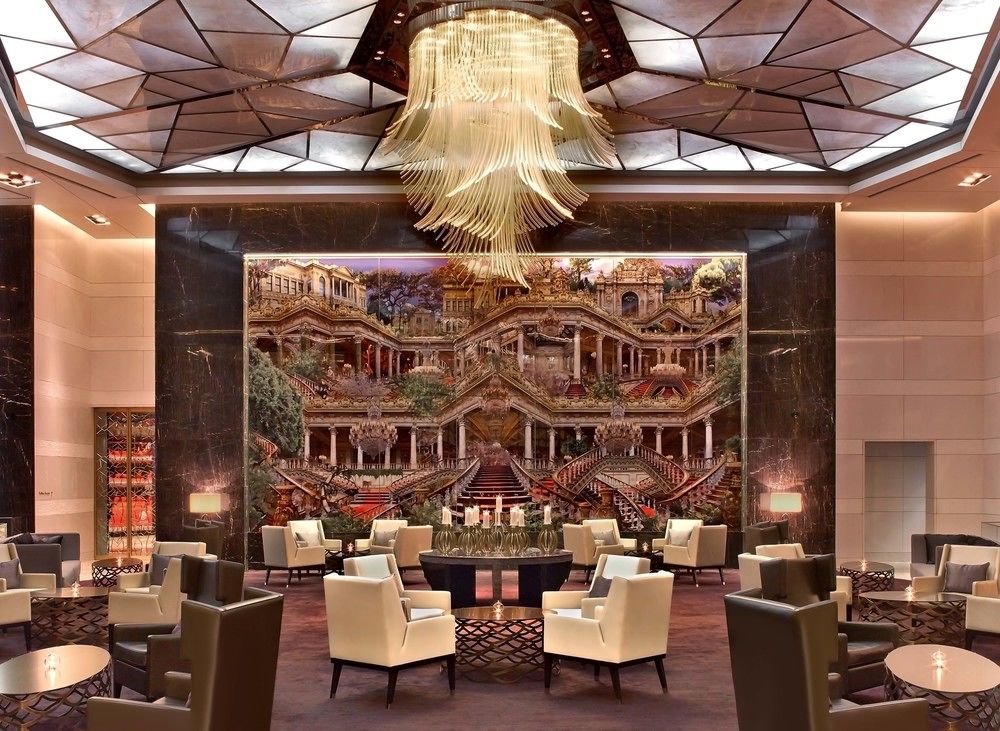 The public spaces outside the hotel are adorned with Turkish and international art. The hotel has many essential services. These include a kids’ club, bar, restaurant, sauna, steam room, fitness center, pool, laundry and room service. The rooms are beautifully designed with works of art that are inspired by the Blue Mosque. Raffles has two restaurants: Arola and Lavinia. The first one focuses on Spanish cuisine while the second one specializes in contemporary Turkish maze. 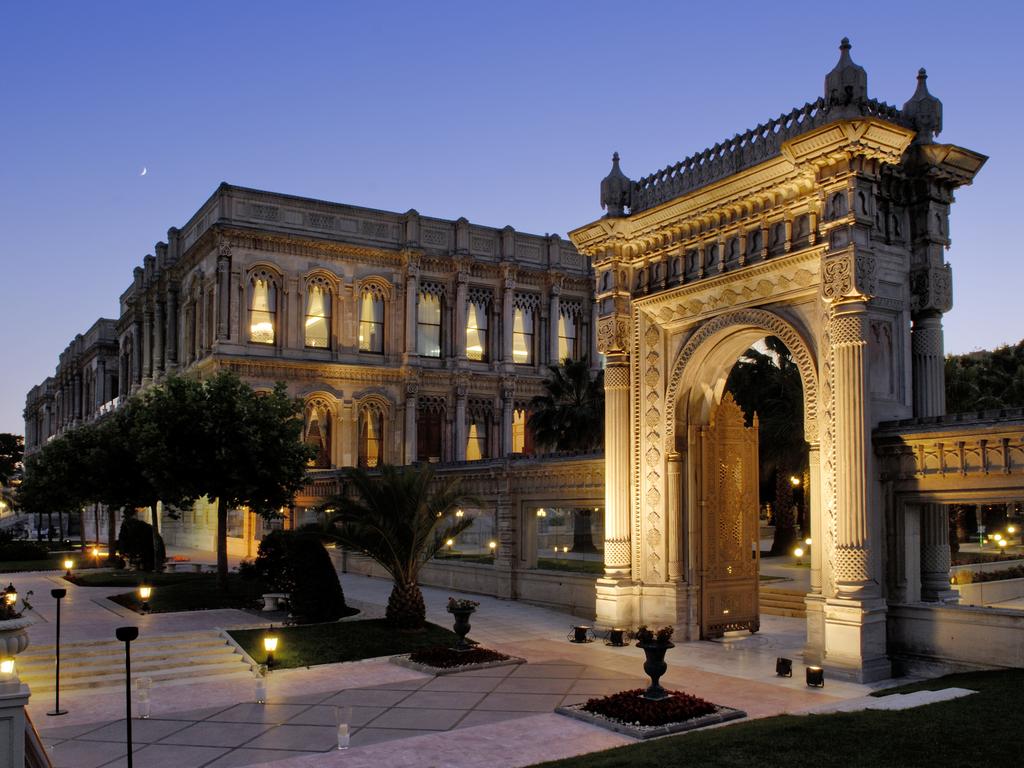 This hotel is located in the convenient Besiktas district on the European side of Bosphorus. It originally served as a palace for Turkish sultans. Many heads of state have stayed in this hotel, and this has only served to continue its tradition of serving royalty. The hotel has three restaurants, one of which is Tugra. This dining area provides classic Turkish cuisine and is well known in Istanbul for its high quality. Visitors to the hotel enjoy 24-hour butler service, a luxury lounge, and a private entrance. 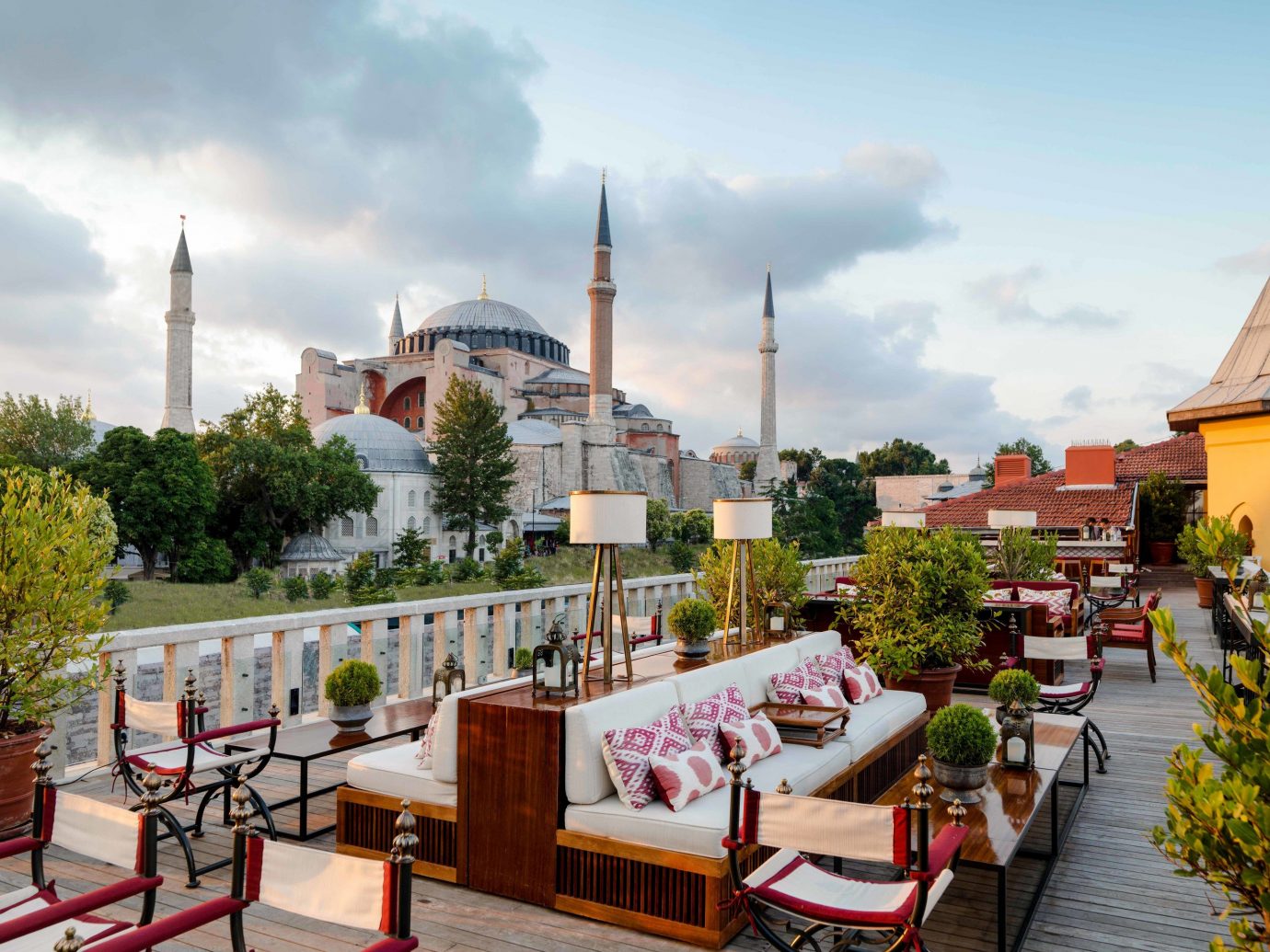 This luxurious hotel is actually fashioned from a late-Ottoman era prison once used to incarcerate writers, artists and other dissidents, though it has been so brilliantly converted you’d never guess. Its location in the heart of the city means it’s a stone’s throw from many of Istanbul’s most famous sights. 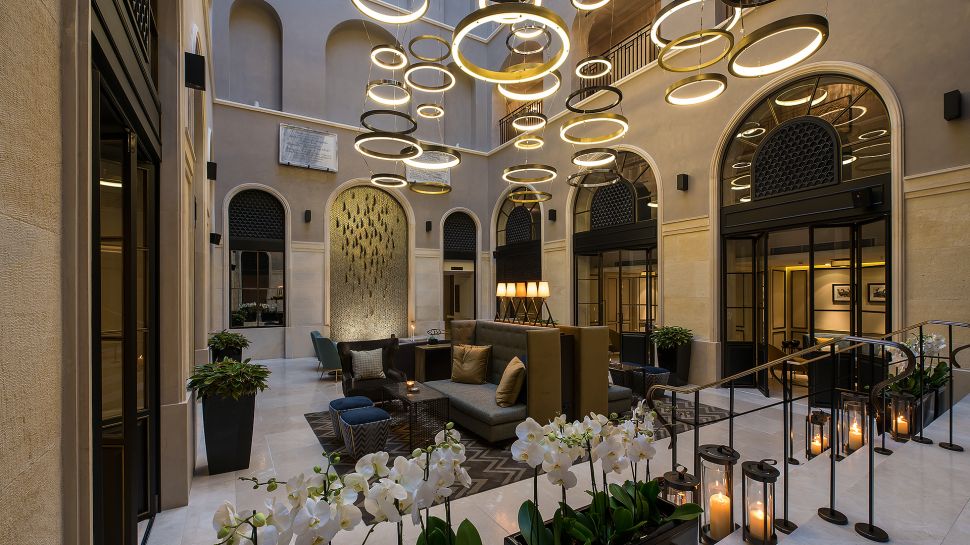 The hip district of Karaköy, beautifully poised between the hedonistic delights of bar, restaurant and gallery studded Beyoğlu and the historic treats of the old city, makes for a great place to stay – especially when you can stay in a hotel as comfortable and stylish as this one.

It is no surprise that Istanbul boasts one of the world’s richest cuisines – it’s superbly located at the confluence of the Mediterranean and Black sea worlds, with easy access to the fertile farmlands of Thrace and Anatolia and the agricultural riches of the hinterland. Whether it is freshly caught bluefish, tender lamb kebab, stuffed aubergine, the vast array of meze or butter-soaked, pistachio-stuffed baklava, there’s something for every taste. In summer, be sure to dine alfresco on the many rooftop and terrace restaurants that offer breathtaking views of Istanbul and the glittering Bosphorus. These are our picks of the best restaurants in Istanbul, Turkey. 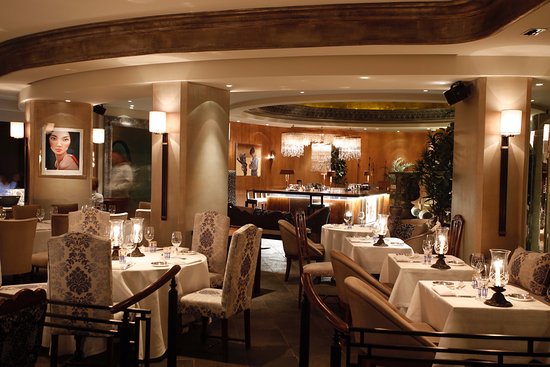 This is a restaurant with the best view you can ask for in whole Istanbul. The restaurant is at a picturesque hilltop and has a terrace bar which boasts of a splendid view of Bosphorus bridge. Nights are extremely happening here, with great lights and night view from the hillock. Restaurants keep planning live musical events. The restaurant makes its own dry-aged meats as well as ice cream and pasta for an authentic experience when searching for where to eat in Istanbul. 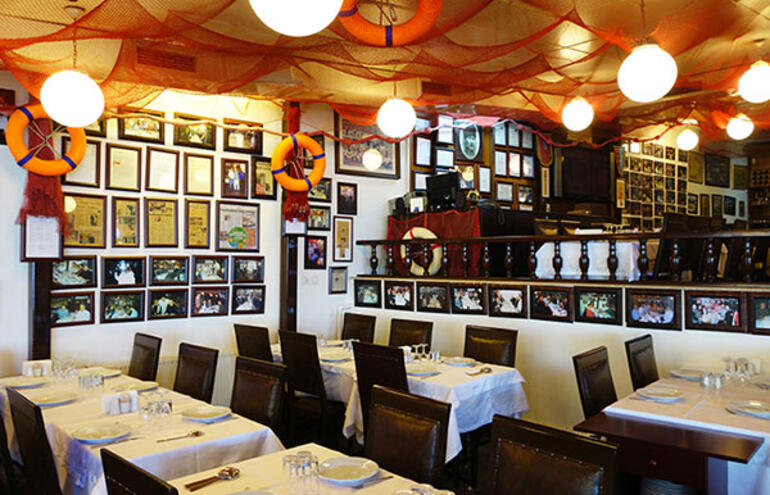 A small restaurant that is famous for its shield fish cooked in tandoori fire first opened its doors in 1996 bringing together the flavors of traditional Black see cuisine with unique cooking techniques. You should get ready for an amazing gourmet journey with tandoori prepared turbot, famous tomato salad and Kavak fig desert. This place is definitely must visit if you want fresh, delicious seafood. 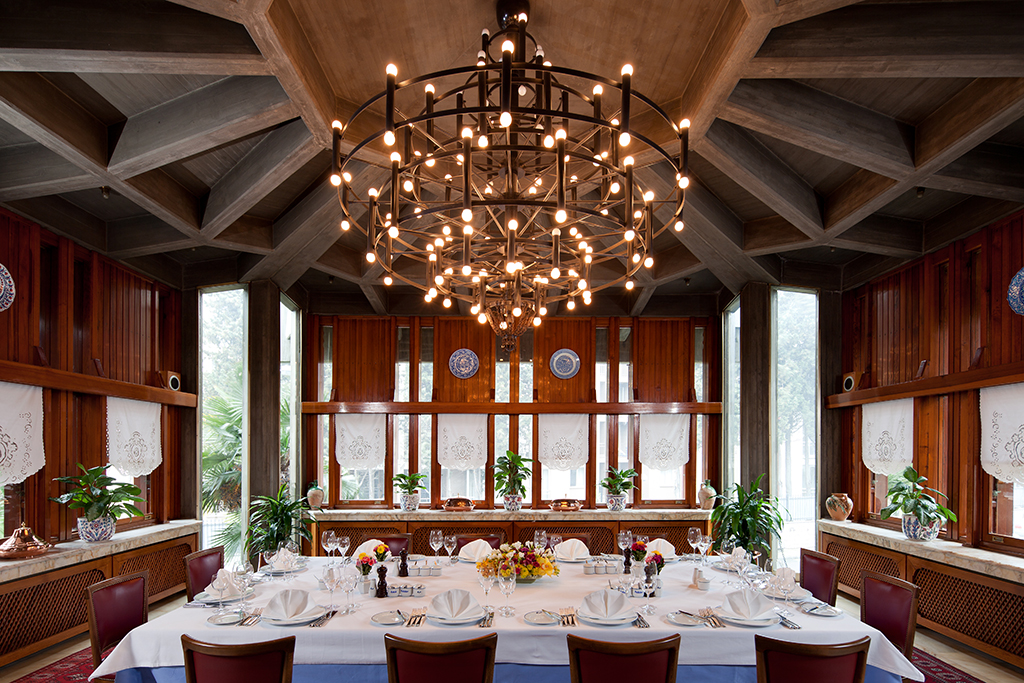 Arguably number one place for tasting the best kebab. The restaurant is located in upscale residential neighborhood close to Ataturk International airport, consisting of eleven dining rooms of various sizes plus a terrace, interior decoration was inspired by Ottoman Turkish art. 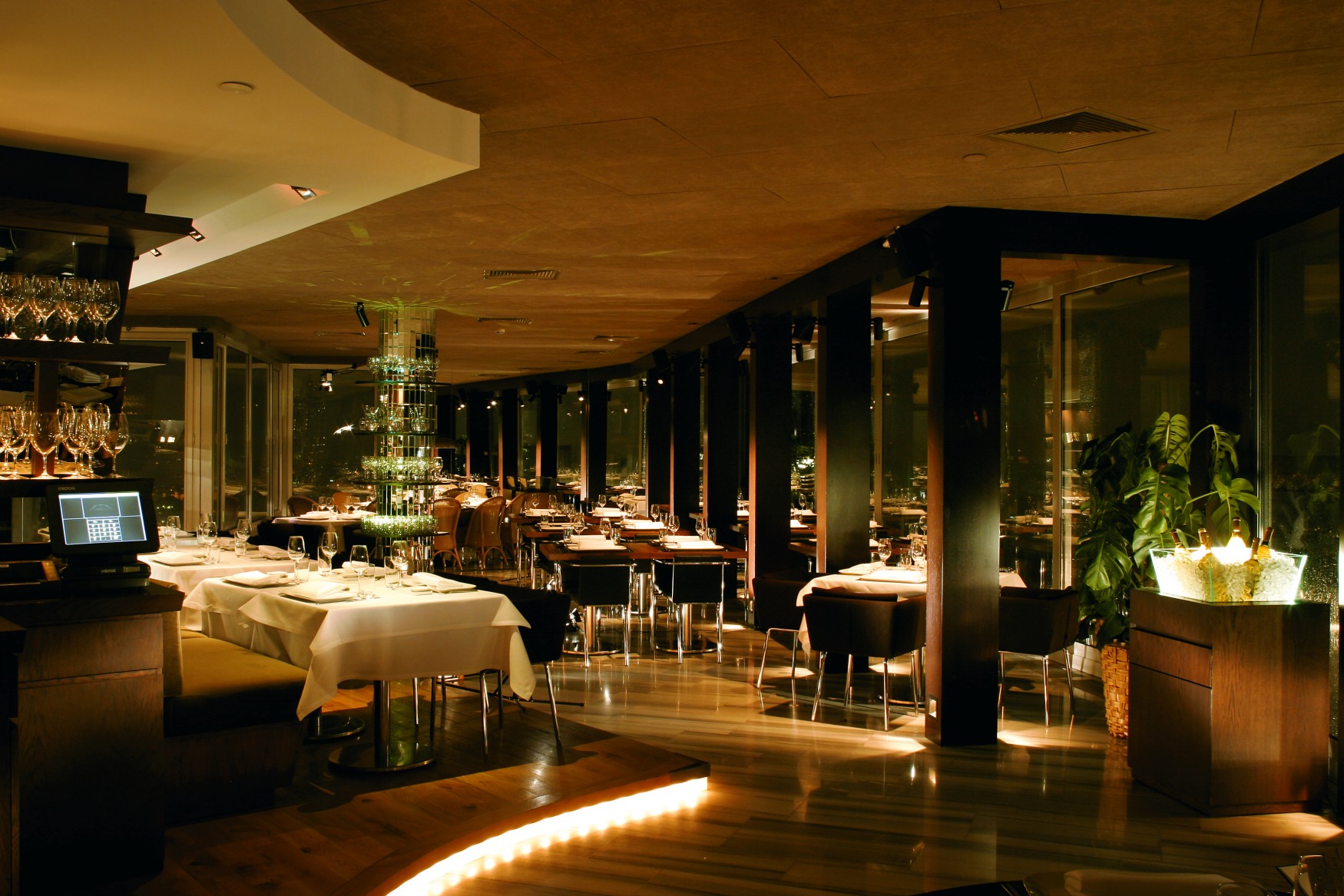 Mikla is located on the top two floors of the Marmara Pera Hotel and reflects the Turkish-Scandinavian cuisine of Mehmet Gürs, the chef owner who pioneered the restaurant scene when he moved to Istanbul in 1996. Mikla was voted as the ‘Best restaurant i Istanbul’ with its outstanding cuisine, breathtaking view, impeccable service and elegant surrounding. 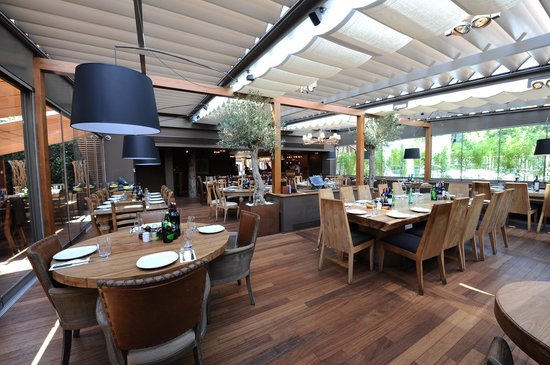 Made extremely popular by celebrity chef Salt Bae, this is the place for the best steak in town. Slender, juicy and fresh meat is the base of nearly every dish. If you are here, then you must try the burgers, and might as well be one of the best steak burgers you will have in your life. In fact, add this restaurant to your places to visit in Turkey – you won’t regret it.