Going back in history, prior to 1868 Tokyo was known as Edo. A small castle town in the 16th century that has grown into one of the world’s most populous cities. With the Meiji Restoration of 1868, the emperor and capital moved from Kyoto to Edo, which was renamed Tokyo (Eastern Capital). Unfortunately, large parts of Tokyo were destroyed in the Great Kanto Earthquake of 1923 and in the air raids of 1945.

Today Tokyo represents a world unto itself and it’s a must-see for any travel addict. Here you are able to soak in both traditional Japanese culture and city’s modern life. You can spend mornings in quite meditation at some ancient zen temple, explore districts of shining skyscrapers and luxury shopping in the afternoon and enjoy your evening at some tiny or posh restaurant, bar or izakaya (Japanese-style pub). It all depends on your mood. All of the above is followed by most efficient transport and warmest hospitality.

There is no doubt that you will take in some of Japanese spiritual calmness and will observe this unique city and country itself as totally different world from the one where you came from. We hope our guide will help you with that and will make your trip memorable.

In case you think you know your way around Tokyo, you might just a little bit overestimating yourself as it consists of about 14 urban hubs, moreover each of which is like a small city. Since Tokyo is the most populous city in the world, we thought it would be helpful to guide you through the main districts. Let’s start with our top four districts on TGR list which we highly suggest you visit. 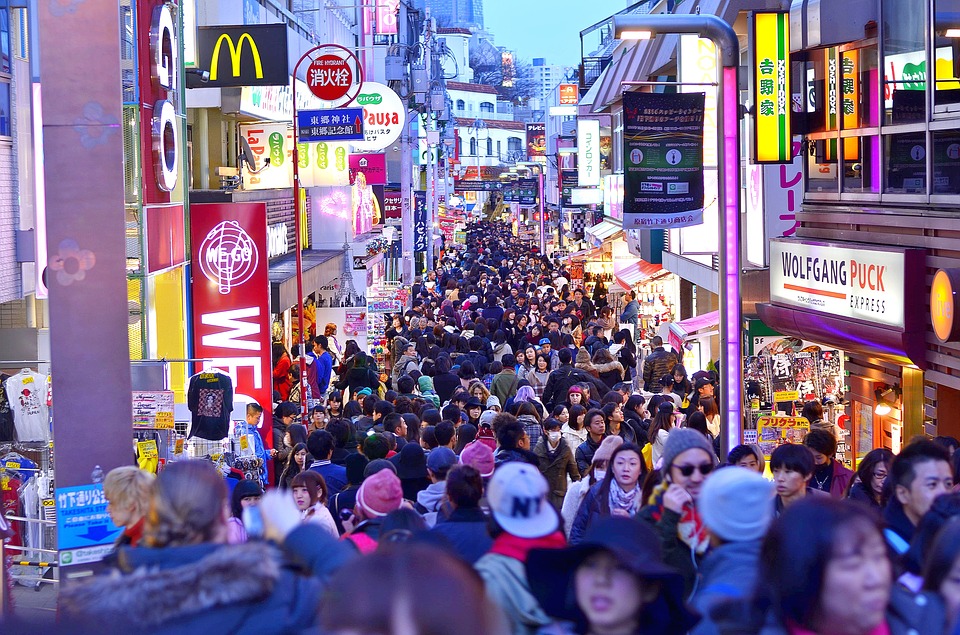 These two attractive districts with tree-lined avenues and European-style restaurants are located on the west side of Tokyo. Harajuku is an ultra fashion district while Ginza is home to upmarket shops. Nearby Aoyama district is home to one of the best museums: the Nezu Museum. 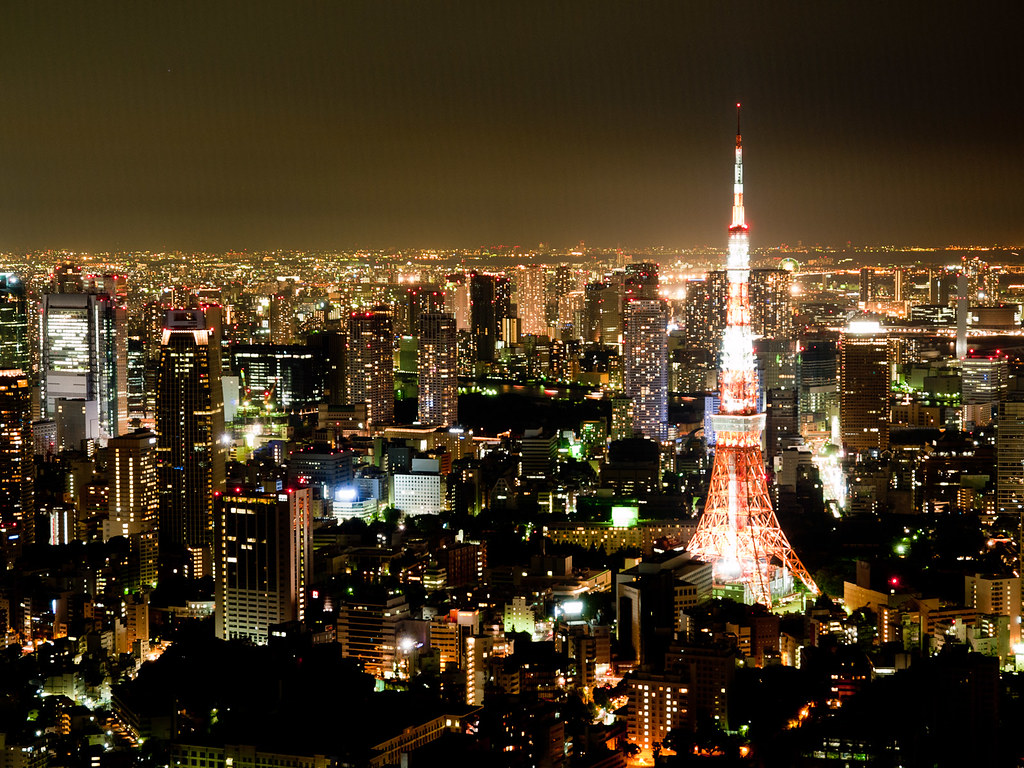 These are the districts to see at night when the city comes alive at the clubs and bars. Both areas are Tokyo’s most vibrant and foreign-friendly dining and nightlife districts, it has everything you need for a fun night out. Akasaka is an upscale area popular with wealthy expats, politicians and businesspeople. This is a great place to choose for stay if you want to grasp the action of Tokyo. 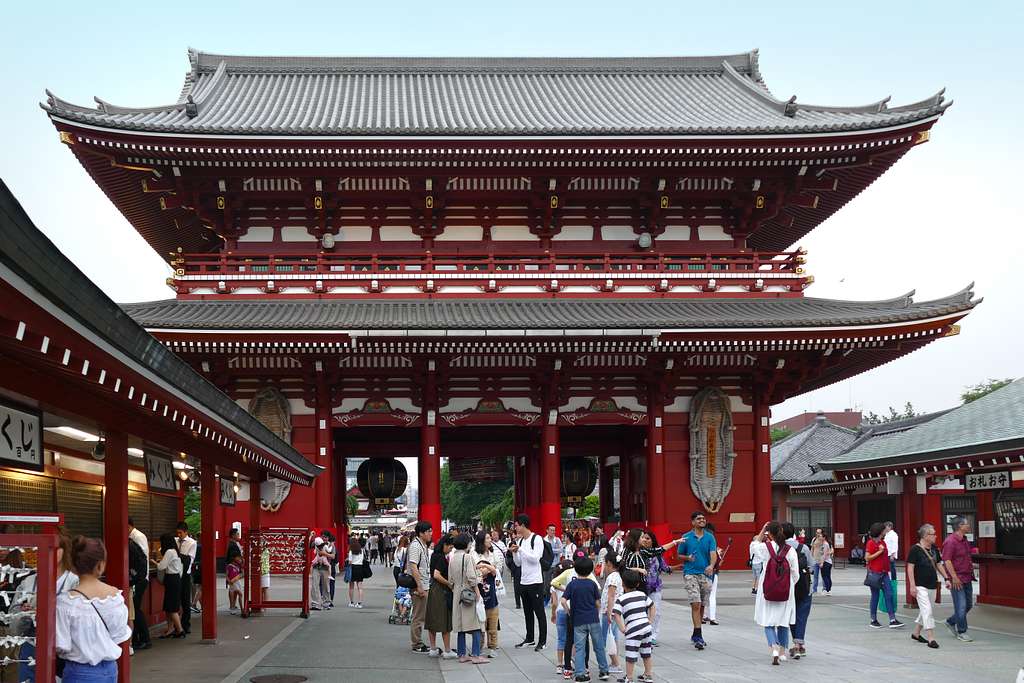 Sensoji has Tokyo’s largest Buddhist temple and is home to several cultural treasures, you can visitout the traditional shops and restaurants while you are there. Ueno is another cultural center well worth exploring, a home to a huge park Ueno  Park where you can find some of the best city’s museum, zoo and a temple. 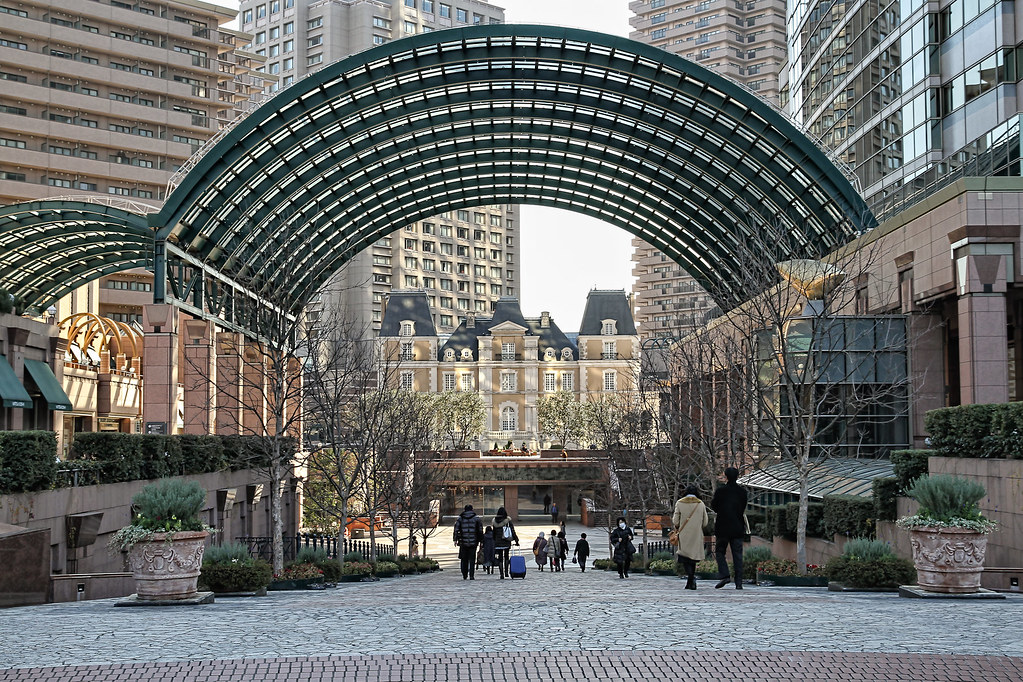 For a view of modern life, check out Tokyo’s most expensive neighborhood, Ebisu, and then see the breathtaking skyscrapers of Yebisu. West side district is popular with fashionable and progressive young people. There are some great bars and clubs scattered around, but the main appeal of this area is simply wandering around, poking into shops and sitting down in a nice café or restaurant for a bit.

Just before we traditionally move to the next part of our city guide describing top bars for you to enjoy your evening, special attention must be paid toward Sakura in Japan and Tokyo in particular. In Japan the appearance of cherry blossoms signals the beginning of spring. The arrival of Sakura is an annual event so significant, that there are forecasts pinpointing exactly when and where the flowers are expected to bloom. Unfortunately for 2020 the forecast hasn’t been announced yet, but we will make another news when we find out to give you more insights and options for your trip. Meanwhile, we want to introduce you to some of Tokyo’s best and most famous cherry blossom viewing spots where you can see the whole area covered in pale pink. 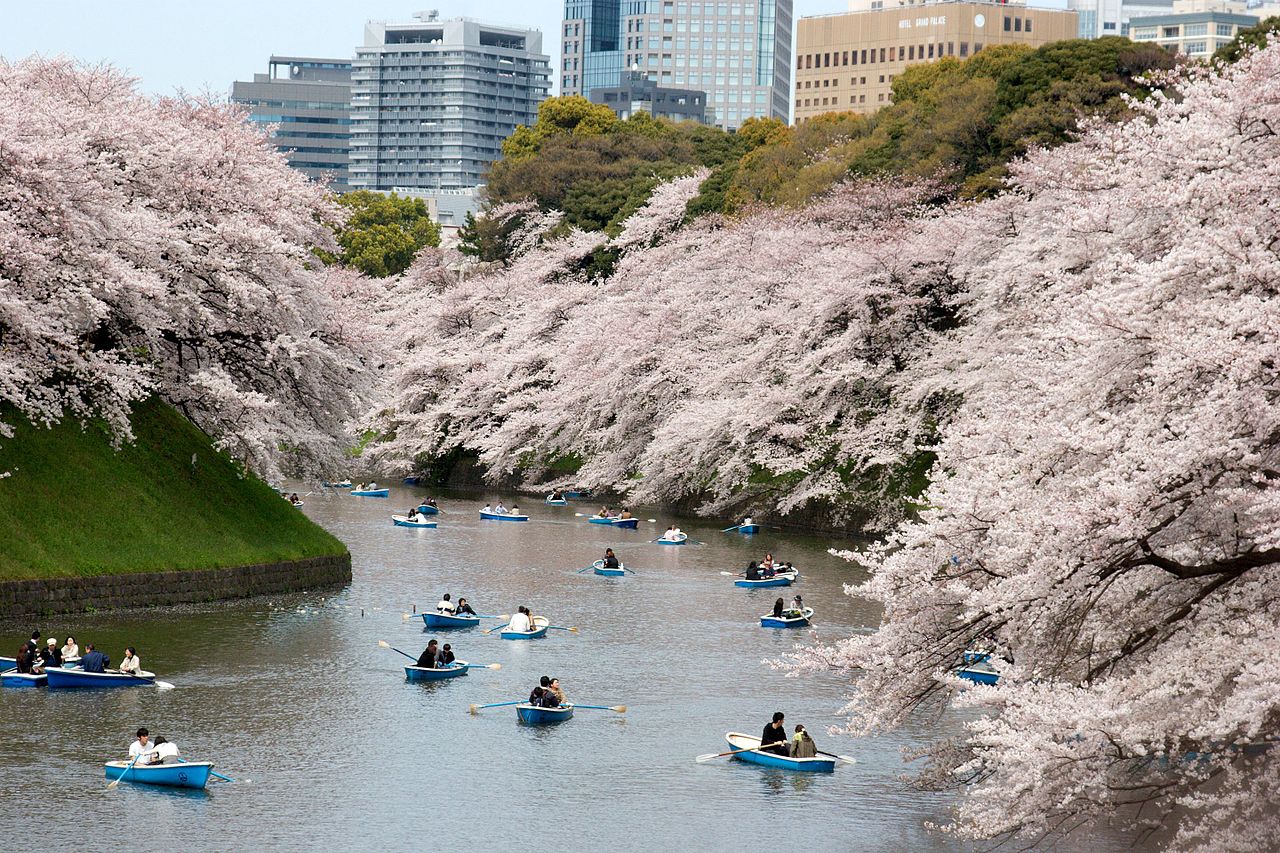 The area around Chidorigafuchi on the northwest side of the Imperial Palace is one of the most popular Sakura viewing spot in Tokyo.   About 1000 cherry trees bloom here surround the stone walls of Edo Castle which is today’s Imperial Palace. 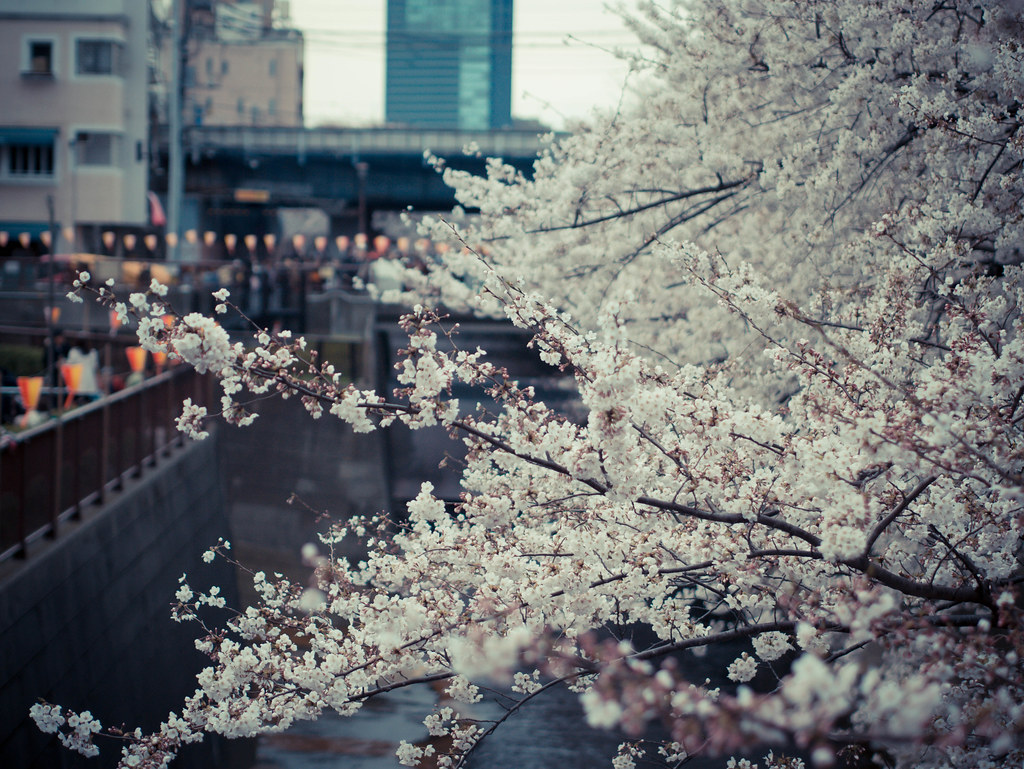 About 800 cherry trees blossom along Megurogawa which stretches for about 3,8 km from the Ikejiri-Ohashi area to Kamenokobashi under the Tokyu Meguro Line. There are no parks, instead you can enjoy cherry blossom viewing while having drinks and meals in the cafes and restaurants along the river. 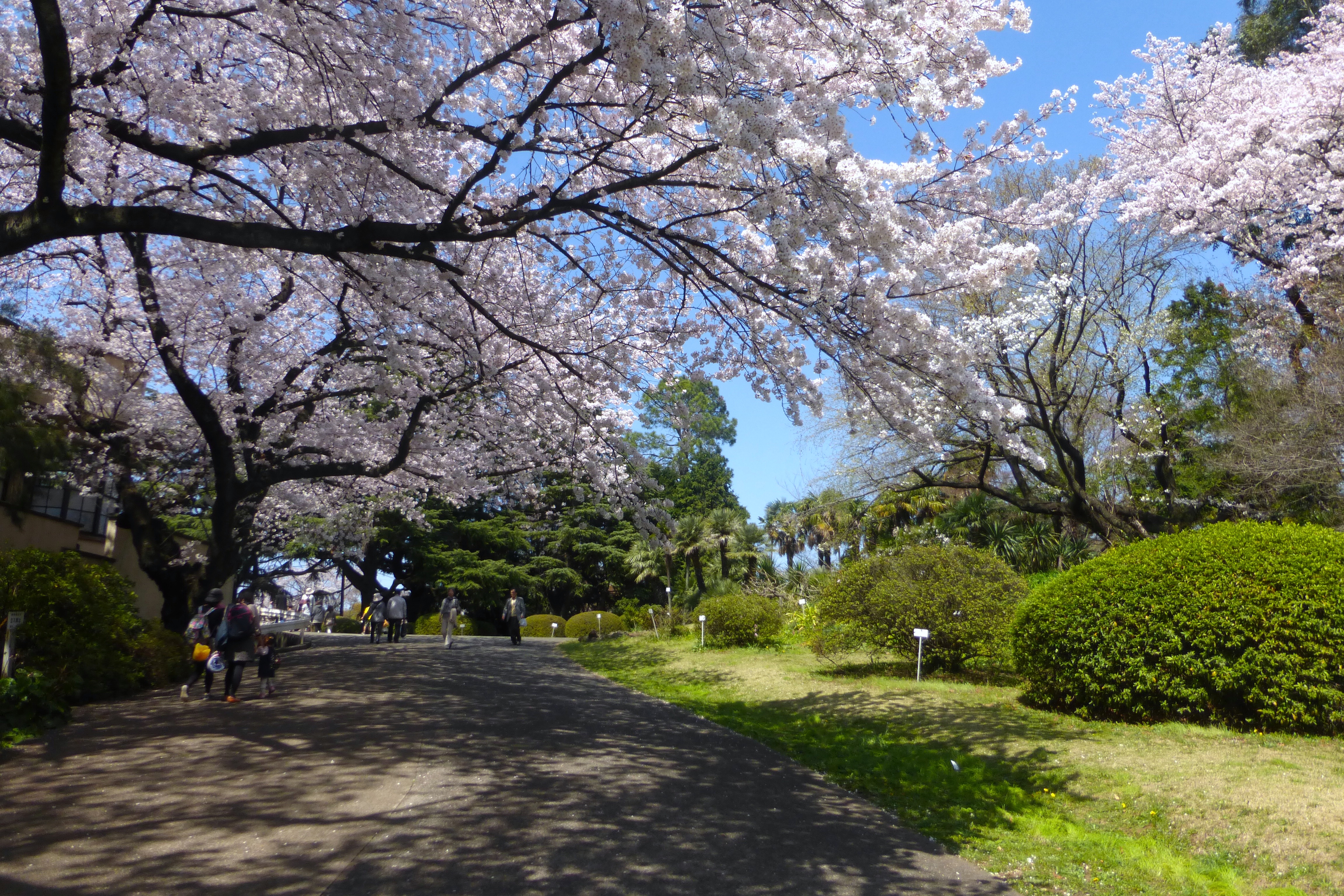 These gardens were built as Japanese feudal lord garden in 1629, featuring Chinese and Japanese landscapes and several different kinds of cherry trees. The opening hours are from 9:00 a.m. to 5:00 p.m. Open every day during the cherry-blossom viewing period. 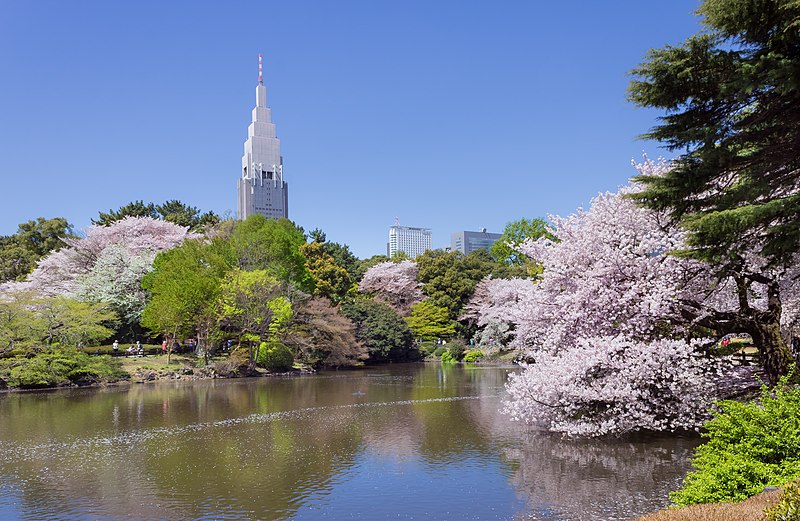 This is a large garden with an area of 58,3 hectares, a bit more than 1000 Japanese cherry trees bloom during spring. Since the different kinds of trees have different blossoming times, you can enjoy all kinds of blossoms for a relatively long time, this factor makes the garden even more attractive viewing spot.

In our first edition of Tokyo city guide we’ve outlined that the capital can easily be named gastro hub, taking into account the amount not just ordinary or good restaurant, but the number of Michelin-starred spots. However, Tokyo isn’t just a culinary hub. It’s also one of the world’s classiest cocktail capitals, where white-suited barmen with can mix any of your favorite cocktails or let you taste something you haven’t tried before but will definitely would want to come back for another portion of that. If spirits aren’t your poison, there are funky natural wine bars and slick sake dens. Read on for our picks for Tokyo’s best bars and get ready to make a night (or two) of it. 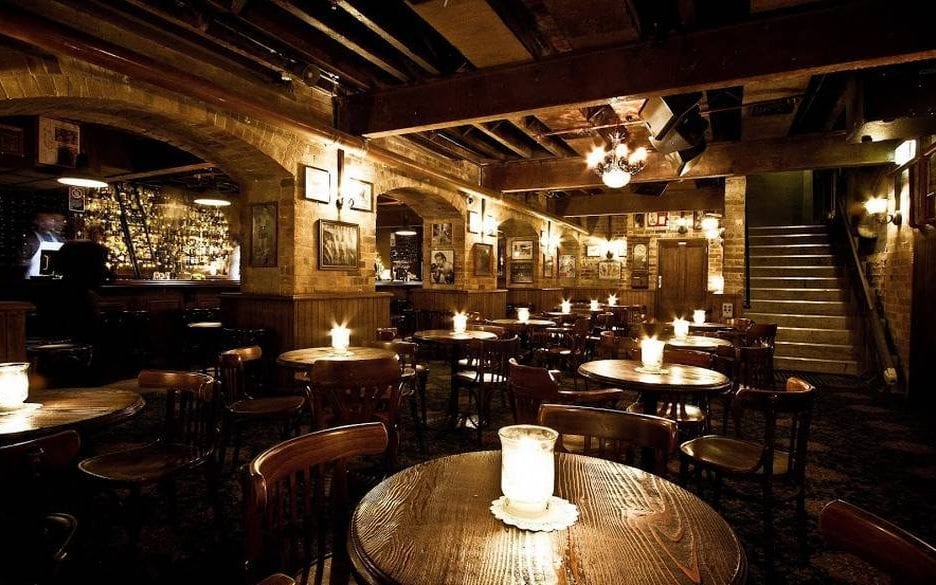 If you are a whisky fan you definitely must visit this bar as the owner Atsushi Horigami was one of the early evangelists of Japanese whisky, and Zoetrope’s 300-plus library of domestic whisky is a testament to his dedication. His collection includes rare finds such as 18-year-old Kirin Fuji Sanroku single-malt from Fuji Gotemba distillery, and several items in the elusive Ichiro’s Malt card series. A trip to Zoetrope is a learning experience. Horigami can set up vertical and horizontal tastings of Nikka and Yamazaki, or guide you through indistinct, limited-production drams. 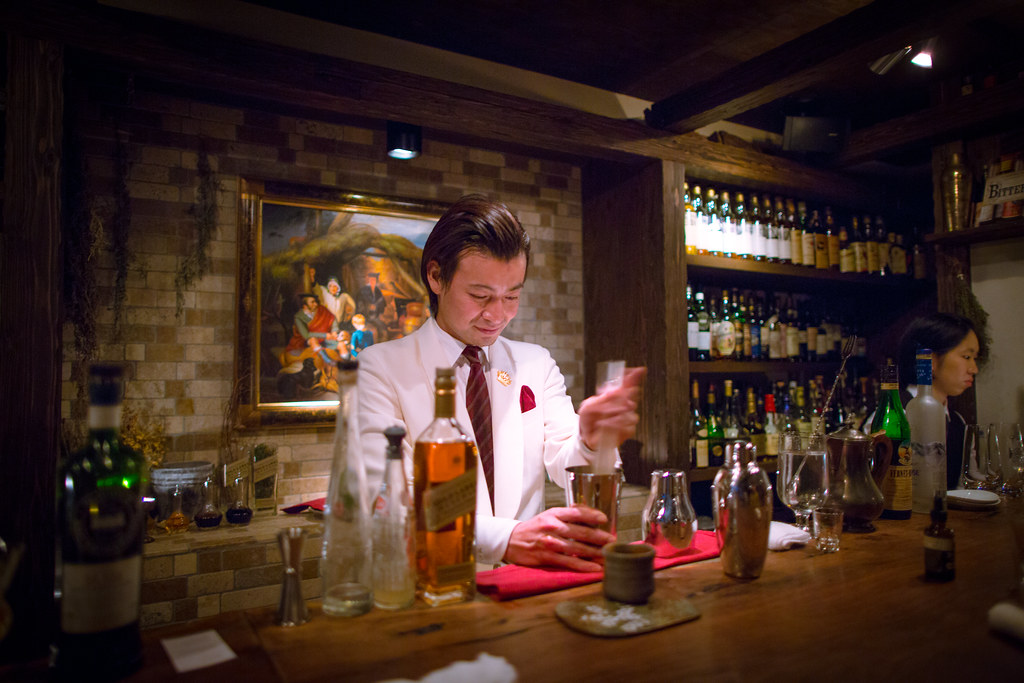 Great bartenders are like modern-day alchemists – and this analogy is especially true for Hiroyasu Kayama of Bar Benfiddich, who’s famous for creating spirits, liqueurs and cocktails from scratch, using herbs, spices, roots, fruits and plants – everything natural directly harvested from his family farm. As such, you won’t get a menu when you come, everything is needed from you is to just state your preferred base and taste, and Kayama will concoct your drink off-the-cuff. 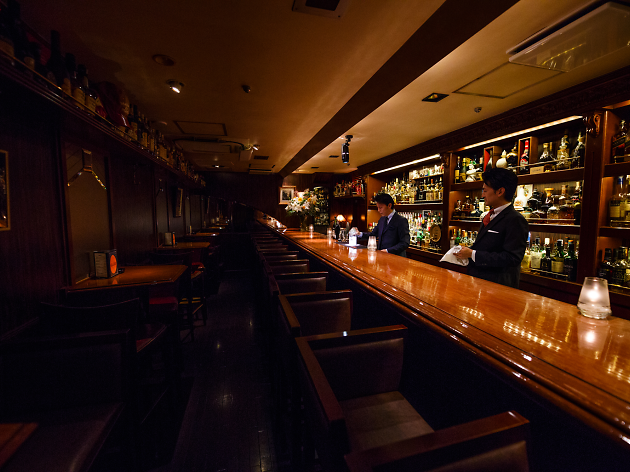 Opened in 1989, this Tokyo institution is themed after the historic members-only Gaslight Bar in 1950s Chicago, which once counted Elizabeth Taylor as one of its many celebrity clients. This classy bar has a similarly discreet air and is known for featuring bartending greats such as Takao Mori. This elegant bar is currently owned by bartender Noriyuki Iguchi, a big name in the local bar scene who won the 2007 National Bartender Skills Competition. It is almost 30th anniversary of this bar and it is still sleek and popular. 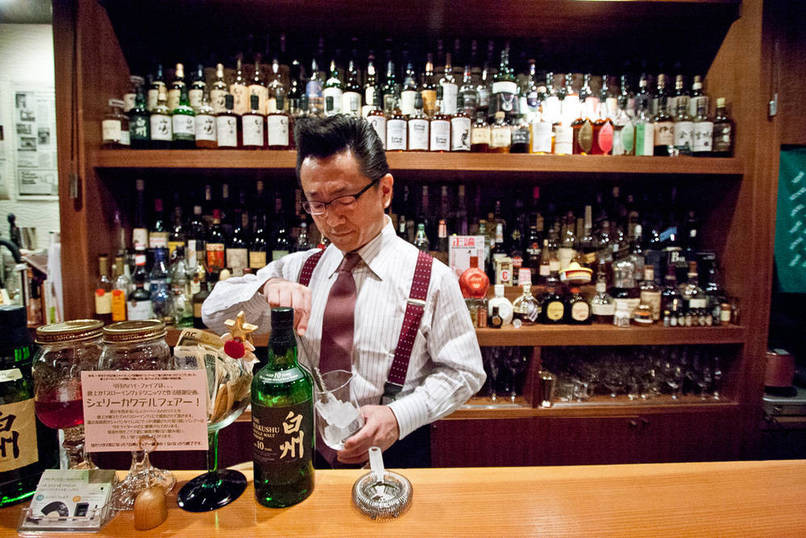 Bar High Five is not a speakeasy, however looking for it might appear challenging.  This bar is located inside a nondescript office building in Ginza, nonetheless it consistently draws customers thanks to its owner Hidetsugu Ueno, who also makes the drinks. You don’t get a menu, instead, Ueno or his head bartender Kaori Kurakami will ask you several questions to find out on your cocktail preferences. The longer you stay and chat, the more you’ll find that which cocktails are better suited to your taste.

The Lobby Lounge and Bar, The Ritz Carlton 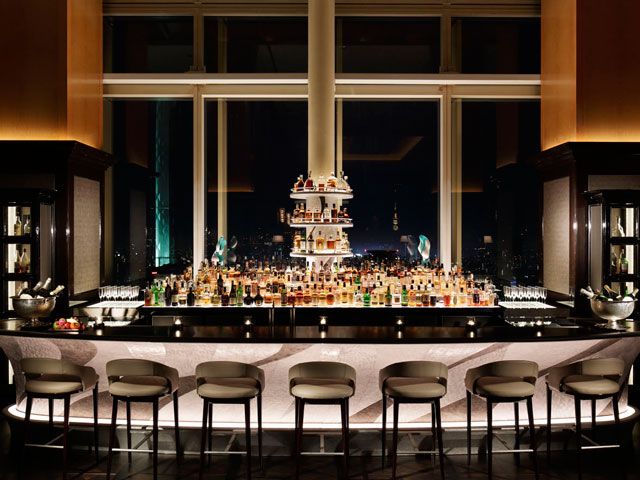 The Lobby Lounge and Bar at the Ritz-Carlton is our favorite Tokyo skybar, overlooking the twinkling megalopolis from the 45th floor. Don’t be fooled by its general name, the space is actually stunning, the interior blends together contemporary Japanese and Western cultural motifs using dark wood and glass. Head barman Kentaro Wada glides around with grace, mixing innovative cocktails like the Flower of Delight (chamomile-infused gin, flower syrup, elderflower cordial, lemon juice, and egg white).