In mid-May the most important auction of Magnificent Jewels takes place in Geneva attracting the attention of all collectors. This year’s top lots are associated with the noble family of Mecklenburg-Schwerin and the Russian imperial family.

Magnificent Jewels Auctions at Christie’s and Sotheby’s are considered to be the largest and most important within the jewelry sales. They are held twice a year in New York, Hong Kong, London and Geneva, however it is the Swiss sessions (in May and November) that collect the most sensational lots. Bidding is held one after the other for two days. The session will be opened by Sotheby’s auction on May 14that the hotel Mandarin Oriental. Then on the 15thof May Christie’s picks up the baton at the Four Seasons Hotel des Bergues.

Both auctions have put out Faberge tiaras as top lots. Considering that not many original tiaras made by a Russian jeweler have been preserved, it is obvious that the public will show increased interest in these jewels.

Sotheby’s presents a diamond tiara-kokoshnik (1903), created for the Countess Cecilia of Mecklenburg-Schwerin, the last Crown Princess of Prussia (daughter of the Grand Duke of Mecklenburg-Schwerin Friedrich Franz III and Grand Princess Anastasia Mikhailovna). This diamond tiara was presented to her by Russian relatives on her wedding with Crown Prince William in Berlin in June 1905. The jewel’s estimate value is $ 200–300 thousand. 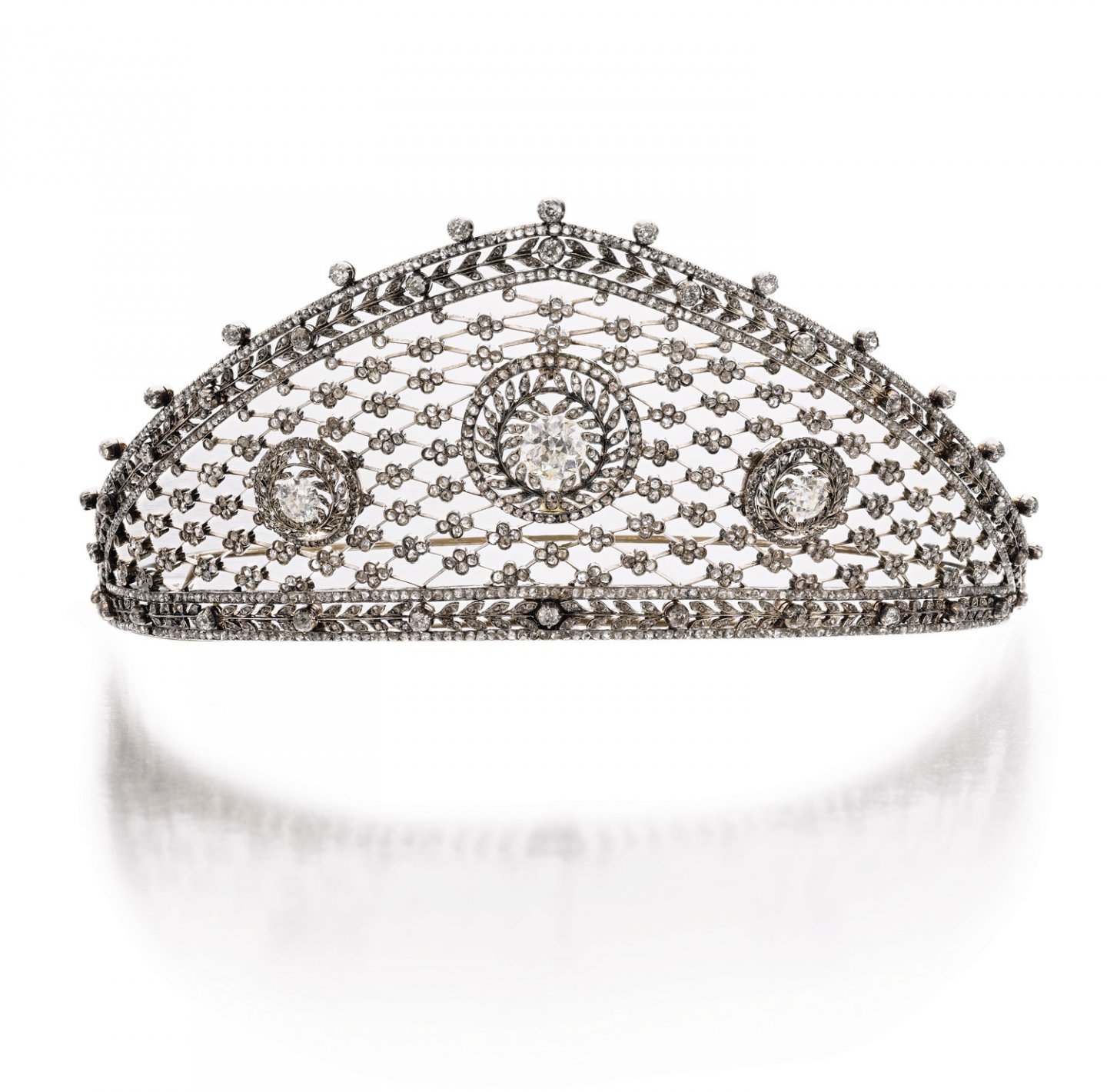 The tiara of 1904, that is exhibited at Christie’s, was the wedding gift of the Grand Duke of Mecklenburg-Schwerin, Friedrich Franz IV, to his bride Princess Alexander of Cumberland and Hanover. Every design detail holds a symbolic meaning and speaks of love. The tiara is decorated with nine pear-shaped aquamarines and diamond with cut of “Cushion” and “Rose”.

The Grand Duchess Anastasia Mikhailovna, the mother of Friedrich Franz IV, was a fan of Faberge. She was the one who advised her son to order a wedding gift at the Faberge store in St. Petersburg. The correspondence between the representatives of the office of the Grand Duke and the jeweler Eugene Faberge, the eldest son of Carl Faberge, has been preserved. Thus, in the letter the jeweler offers two versions of tiara: one (worth 10,000 rubles) is decorated exclusively with diamonds, the second (worth 7,500 rubles) is decorated with diamonds and aquamarines. From another letter, we learn that the product was not finished on time, as a result on the wedding day Princess Alexandra wore a Hannover family wedding diadem. The Faberge tiara was presented to her several months later. The estimate price is $ 230-340 thousand. 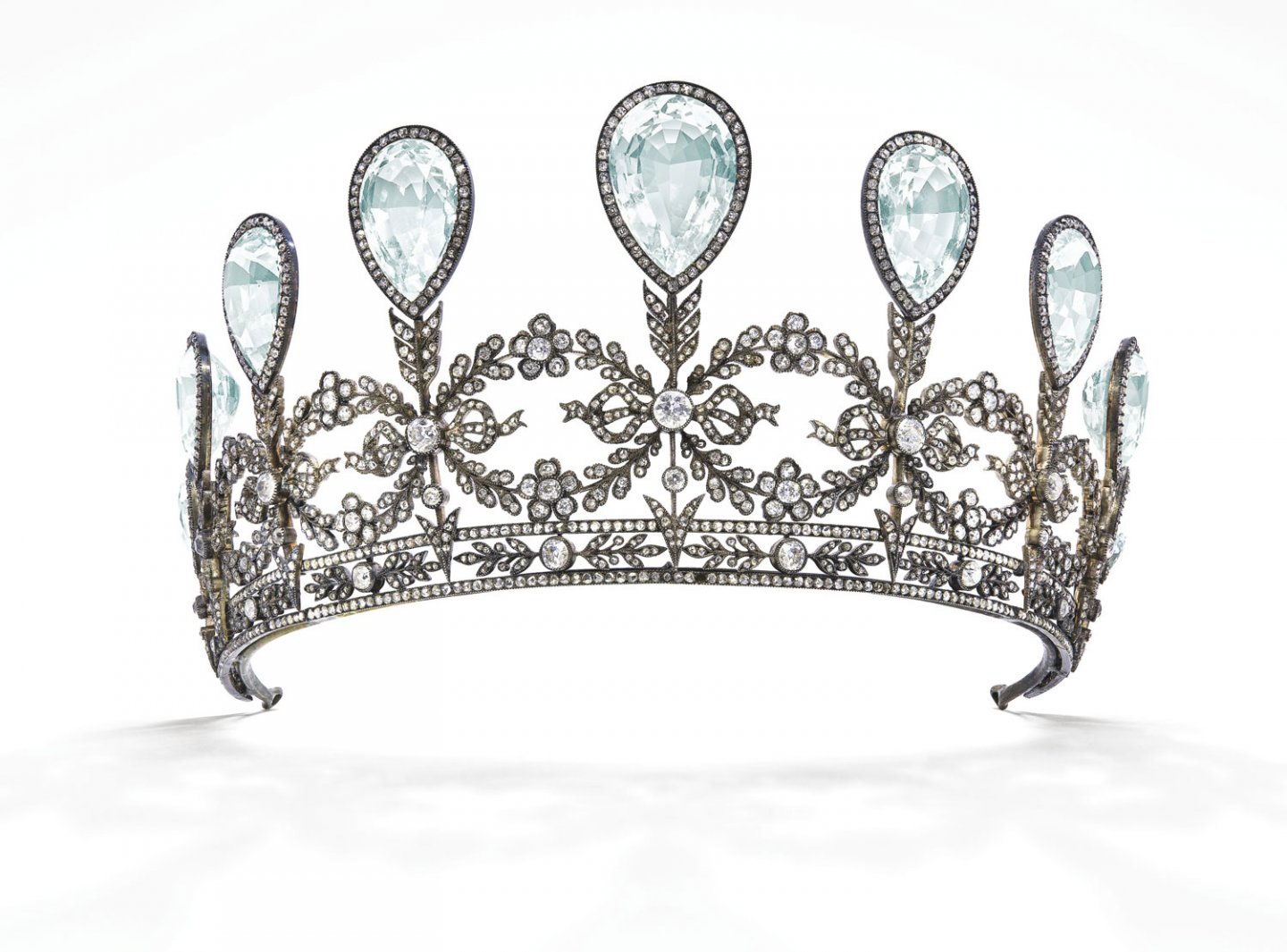 Both auction houses will also put up for sale gorgeous emerald jewelry. At Sotheby’s, you will see a luxurious Art Deco necklace with 11 extraordinary Colombian emeralds weighing over 75 carats and diamonds. The jewel, created in 1935, was owned by an American Helen Beaumont, close friend of the Duchess of Windsor. The lot is estimated at $ 3-4 million. 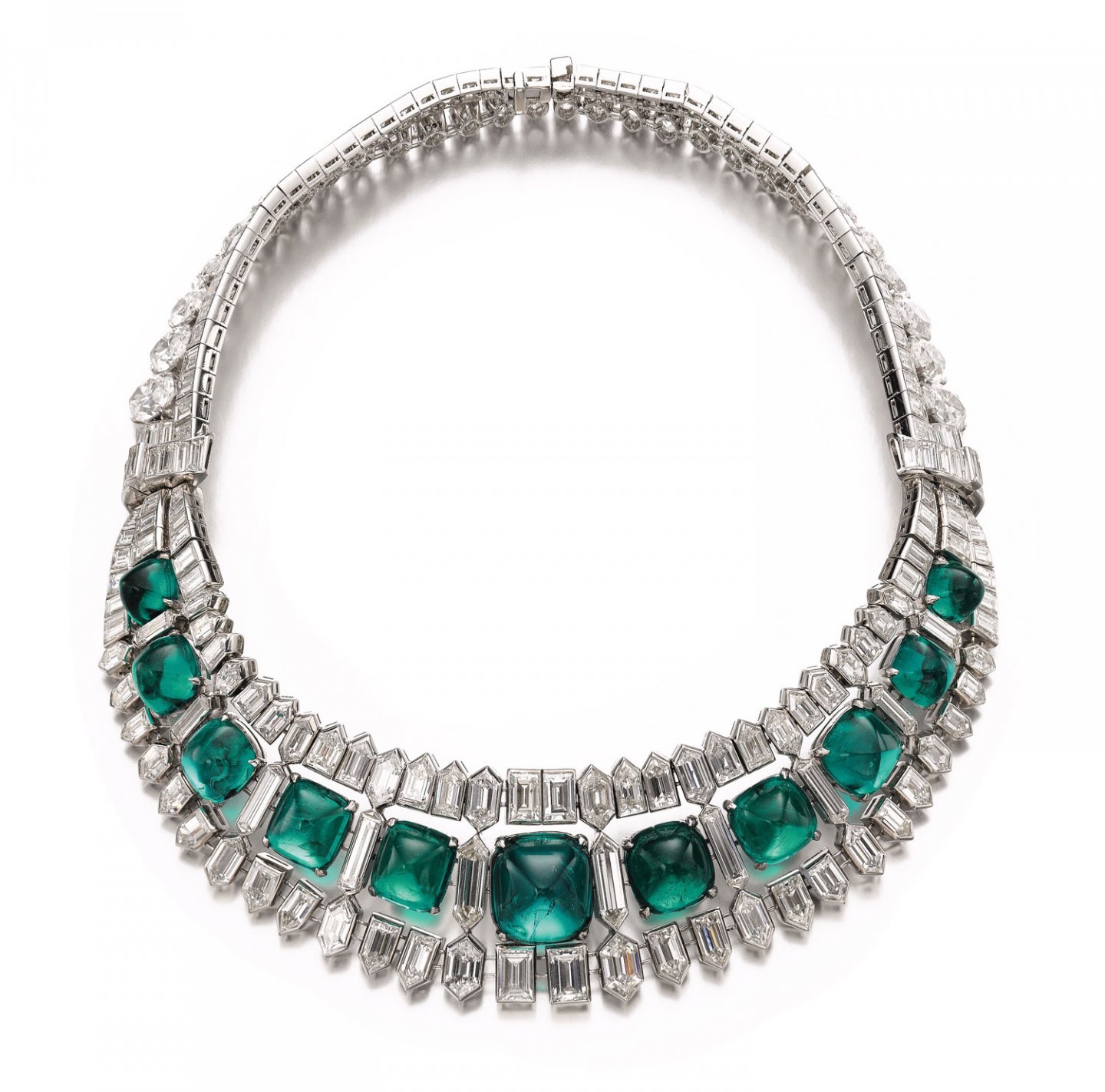 Emerald, exhibited at Christie’s, has a royal provenance. For more than a hundred years, a green pear-cut gemstone weighing 75.61 carats was owned by the Russian imperial family, beginning with Catherine the Great, until in 1874 Emperor Alexander II donated it to Duchess Maria of Mecklenburg-Schwerin on the occasion of her marriage to the emperor’s son, Grand Duke Vladimir. After the death of the princess in 1920, a rectangular-cut emerald weighing 107.67 carats passed to Grand Duke Boris Vladimirovich, who sold it to Cartier in 1927. In 1954, the stone was re-cut and acquired its current form. Among its owners were the Cartier family, John D. Rockefeller Jr., jeweler Rafael Esmerian. At the May auction emerald came from an outstanding private collection, which remained unnamed. Price estimateis $ 2.3–3.5 million. 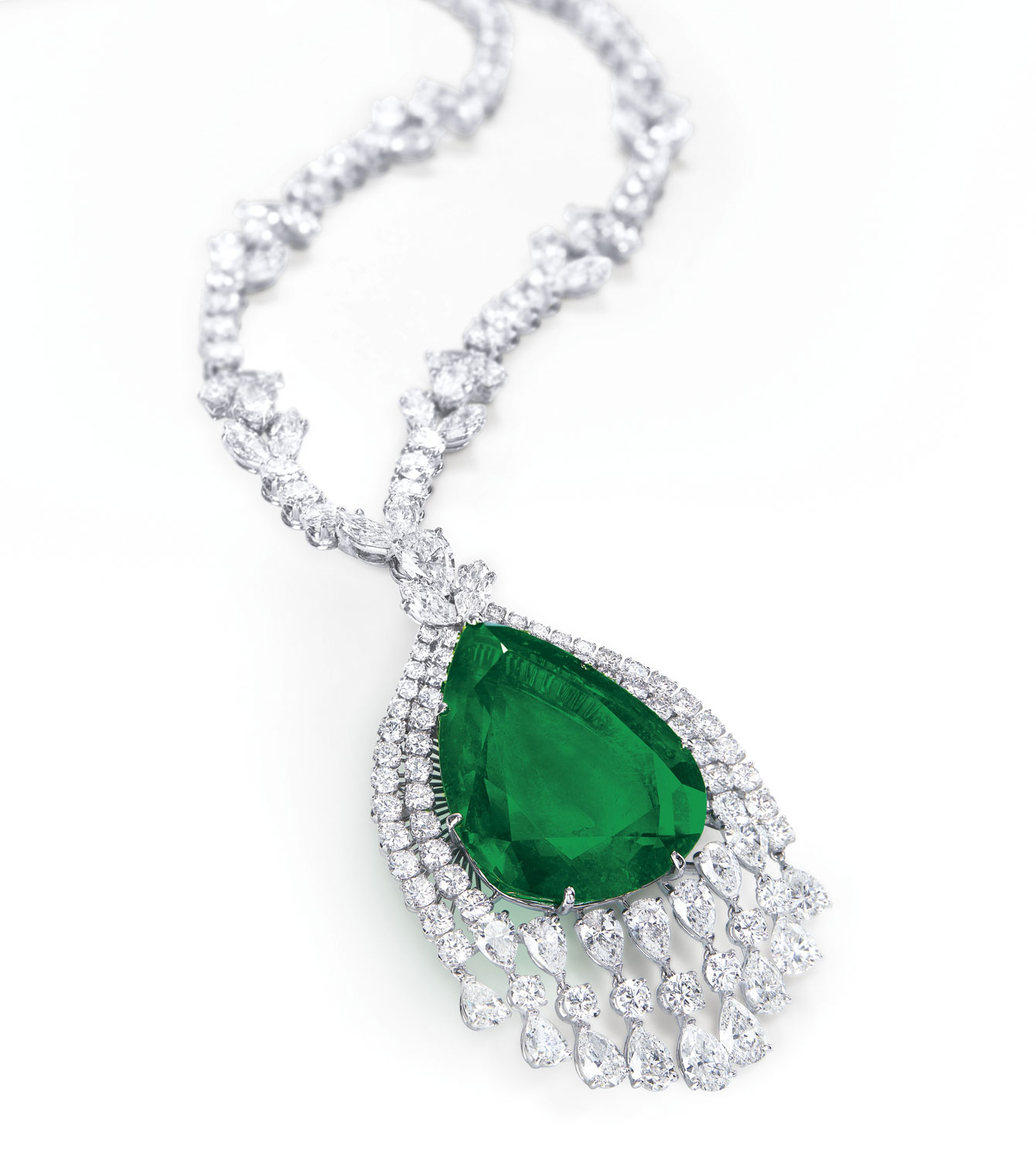 As you may see there is a lot to bit on during the May auctions in Geneva. Keep up with us for more news on the world’s largest and most spectacular events and if you would like to take part in them please let us know and we will make the best reservations for you.